Sleep Divorce? It’s a Real Thing — and It Almost Happened in My Marriage

“If you have a stroke, it had better kill you because I will not take care of you!” Shouting these words at my husband Rob of 25 years surprised me even as I heard them leaving my mouth. This was most definitely a low point in our marriage. But in my defense, I was TIRED. After all, his snoring and choking and then jolting awake from interrupted breathing affected my sleep night after night after night, for years. I’d been asking, begging — ok nagging — him to see a doctor about his snoring, but he stubbornly refused.

As a veteran health journalist, I knew my husband’s snoring was way more than a major annoyance. It was highly likely that he suffered from obstructive sleep apnea, a very serious sleep condition that involves the narrowing or collapsing of the airway (there are a variety of causes) that causes a person to stop breathing. Ongoing efforts to breathe against the obstructed airway cause very brief awakenings that are too short for the person to be consciously aware of, but are enough to stimulate re-opening of the airway, after which sleep quickly resumes and the cycle repeats. As a result, sleep becomes fragmented and the person feels tired and sleepy the next day.

The day after my ultimatum — to my surprise — Rob scheduled an appointment with his physician who ordered an in-lab overnight sleep study. Why it took a literal death wish to get him there is a topic for another time, but a few weeks later Rob packed a bag and went to spend a night in a sleep lab.

After checking in at the lab, which he says looked a lot like a mid-level hotel room, he was outfitted with polysomnography monitors that recorded his brain waves, heart rate and breathing, all while he slept. The monitors also tracked his eye, leg and arm movements, and oxygen levels in his blood. He was able to fall asleep — for at least long enough for the machines to record and the specialist to take stock of his sleep. Thinking back on that night in the sleep lab, Rob recalls feeling “really claustrophobic at first, like I was going to suffocate. And I couldn’t turn over without the mask coming off.”

Still, he made it through the night and received a diagnosis: “One of the most severe cases of obstructive sleep apnea the sleep medicine specialist had ever seen,” Rob says. His apnea had caused him to stop breathing 98 times per hour that night.

It turns out Rob has a deviated septum — defined as a displacement of the thin wall between the nasal passages, causing one side to be smaller, which can make normal breathing difficult. He was also at least 30 pounds heavier than was healthy for his height. The deviated septum was caused by a childhood sport-related injury and the weight gain was made worse by the sleep apnea, since getting insufficient quality and duration of sleep also affects the hormones that regulate weight. Being overweight increases the symptoms of sleep apnea because it leads to fat deposits in the upper airway that make it more collapsable when muscles relax during sleep.

Sleep apnea, one of the most undiagnosed and undertreated diseases, causes sleep fragmentation and drops in blood oxygen levels that can be severe in some cases and, according to the American Academy of Sleep Medicine, is linked to high blood pressure, heart disease, stroke, pre-diabetes and diabetes, and depression. (I would add “divorce” to that list and can’t help but wonder how many marriages have broken up because of it!)

Ultimately Rob came home with a continuous positive airway pressure (CPAP) machine. It took a couple of days for him to get used to sleeping with a compact mask on his face and gently blowing air to keep his throat from narrowing and collapsing during sleep. He stuck with it and within a week or two he started sleeping through the night — a milestone that was almost as exciting for me as when our children finally did. (BTW, the CPAP machine makes a very low whooshing sound, kind of like a “white noise” sound machine, and it doesn’t disturb my sleep at all. With help from his CPAP machine, Rob slumbers like Sleeping Beauty.) He would awaken feeling refreshed and did not “Zombie” through his afternoons. He wasn’t as short tempered. And he quickly realized how energetic he felt when he was well rested.

So, today, on World Sleep Day, I want to thank all the sleep researchers out there who have developed testing modalities and devices to help people like my husband. I’m also happy to report that the well-rested Rob has more energy and, once he committed to the CPAP, was also able to stick with a regimen of weightlifting and daily Peloton rides. He also traded out the carb-heavy foods that gave him the rush of energy he needed to get through the day; to date, he has lost more than 50 pounds! He doesn’t come home from work and collapse on the couch to take a “quick nap” before dinner and no longer needs multiple catch-up naps on the weekends. Even though getting him to make these changes was unnecessarily dramatic, I am proud of his commitment to his health and no longer dread going to bed. We will celebrate our 30th wedding anniversary next month.

Opt out at any time.

The latest from The Sound Sleeper Sleep: The Next Frontier for Large Employers 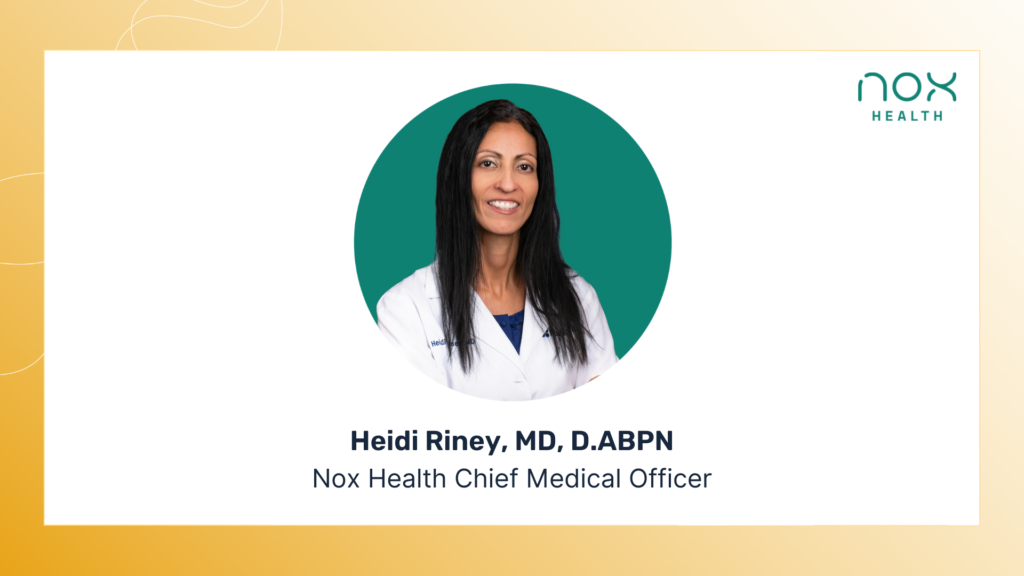 Read More »
ALL WE DO IS SLEEP®